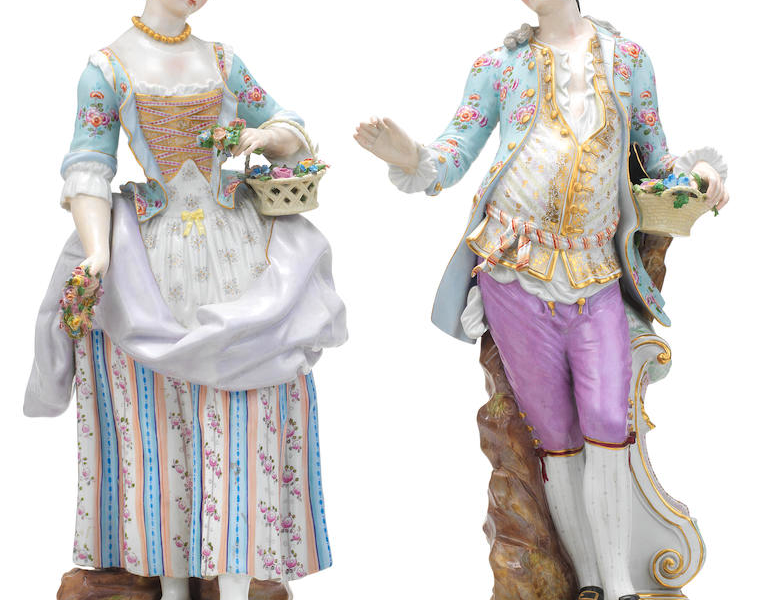 The Meissen Man shreds some light on how to invest wisely in Meissen Porcelain.

Like any form of collecting, what makes certain items more rare and worthy to appreciate in value depends on fashion. If suddenly a certain period, style, design in Meissen Porcelain becomes fashionable. Then there is a likelihood that its value could increase well above inflation over any given period of time.

How should you the collector determine what could be the next fashion in Meissen Porcelain? One thing is for sure, it would also depend on how deep your pocket is, whether you wanted to try and corner the market in a particular collectible line. Then this item(s) are likely to show an increased value over a very short time period.

I have always maintained that the finest quality pieces of any genre when collecting pieces made from the 19th century are the pieces that are more likely to hold their value over lesser quality items. One of the difficulties is being able to illustrate both a poor and fine quality of the same item. All one can do is attempt to get you to understand what is deemed as fine or not.

Where the 18th century is concerned, value is more likely to be determined by rarity and condition. Whereas with 19th century items were manufactured for a growing international sales market that the former century would never have been able to match. Condition of a piece is regarded as the biggest differential on whether a piece has significant value or not. During the 18th century Kaendler was responsible for more than 2000 different designs of models. All of these items were fashionable as copies during the 19th century. However, there are 19th century examples that were never copied from the earlier period. These would be far rarer and more valuable in todays market because Collectors like to have rare pieces in their collection and only a minority of the vast thousands of designs were not copied from the earlier period.

In the following video is a prime example of the differences of quality that can occur on two almost identical models. The whiter group on the right was made circa 1880, a decade till 1890 that is noted when the finest quality pieces were made. Compared to the group on the left made circa 1850, it is far sharper in detail than the earlier piece. The same quality comparison holds today.

However, you could be fortunate to pick up lesser quality items for a lower price than the finer quality. What you need to bear in mind is that the higher the quality the more likely hood of the saleability in the future.

Particularly at the Moment many models of Meissen from the 18th through the 20th century can be purchased at a lessor cost than a decade ago. Changing fashions are partly responsible but also new markets in the Far East are pushing up prices seen at auction. As mentioned in the 2nd paragraph above the finer quality a piece is the likelihood of a higher value.