Scams are going on all the time in the antique trade by those persons who unsuspectingly describe a fake or reproduction as genuine.

In my opinion if the person writing out the description is not absolutely sure a piece is authentic then he should find a qualified valuer to describe a piece.

It is generally known that the worldwide antiques trade is smothered with a Chinese fakes. When I used to commute to the Far East to purchase decorative 17th, 18th and 19th century Chinese porcelain vases, jardinieres fishbowls, garden seats I used to see the early reproductions of Chinese Porcelain. During the 1980’s and 90’s these crept into the International Salesrooms. Not even the major auction houses here is the UK or the US, no doubt Europe too were exempt of being flooded.

However what I was aware of too, were the many reproductions of European porcelain that were made during 19th and  early part of the 20th century intent on being sold as authentic 18th and 19th century Meissen porcelain.

One of my chief concerns today is that unless you have been a collector or dealer who recognises these spurious items you will likely unknowingly be describing lots as authentic Meissen and sadly misleading buyers who are less experienced at recognising the differences between authentic, fake and copy.

I can tell you on occasion I have even fallen foul of buying online and believing a piece is authentic. Fortunately I have learned by my mistakes and they have not been too expensive. As I may have discussed in previous blogs recognising the differences between authentic and fakes can only really be recognised by constant handling.

My Meissen Collectors Catalogue on Amazon https://www.amazon.co.uk/Meissen-Collectors-Catalogue-Lawrence-Mitchell/dp/1851494057 only looks at authentic Meissen mostly from the 19th century. Unfortunately the book has never been reprinted but it is one of the reasons I created The Meissen Man Blog to educate persons who may unknowingly misdescribe reproduction as authentic.

Recently at an antiques fair I asked a dealer whom I have previously purchased fine Meissen from whether they had any Meissen. I was pointed to a figure. I had to explain it was not Meissen. The crossed swords mark was a very well painted copy and could have been authentic had the piece it belonged to not been a modern copy.

I once heard a story about the Chinese trying to fake Meissen porcelain. Perhaps this was such an example. But there were so many things incorrect about this piece to make it authentic. It was double the weight of the 19th century figure it was copying. The head was too thin and the colour of the glaze was wrong. However to a novice it could easily be mistaken for authentic.

The following items are coming up at auction all described as Meissen Porcelain. For antique Meissen to be authentic both the maker and the painter would have to be Meissen. While this sounds confusing and I agree it is, it is because there is so much Meissen in the market place that is indeed Meissen Porcelain but is painted outside of the factory. It is wrong to describe such pieces as Meissen.

A better description could read. In the style of Meissen. This way I would have thought would allow the buyer to make up their mind whether the piece is Meissen or not. Knowing whether a a crossed swords mark is authentic to the piece it belongs to; or factory painted takes years of handling. Certainly not assuming it to be Meissen because a blue crossed swords appears on the piece.

The following are images are of items coming up for sale at various auctions that in my opinion are not authentic Meissen.

Since I am always looking to purchase fine pieces of Meissen that interest me I shall be looking out for pieces that have been misdescribed and will from time to time illustrate them. I suggest you watch out for blogs where these spurious items will appear.

I can of course be contacted at email; [email protected] until June 1st for free authentication. 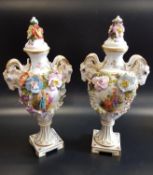 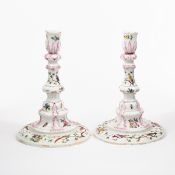 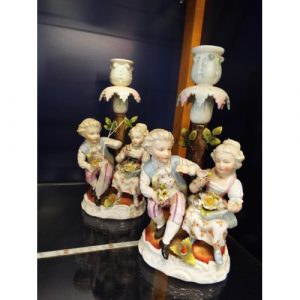 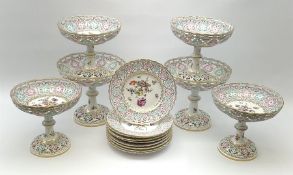 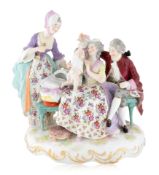 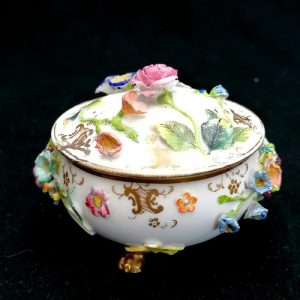